Gong Ceremony at PSX on Listing of First GEM Board Company Gong Ceremony at PSX on Listing of First GEM Board Company

A gong striking ceremony was held at PSX Trading Hall to announce the listing of the first company, Pak Agro Packaging Limited, on the Growth Enterprise Market (GEM) Board of Pakistan Stock Exchange. Adviser to the Prime Minister on Finance and Revenue, Mr. Shaukat Tarin, was the Chief Guest at the gong ceremony. The Ceremony was also attended by Chairman SECP, Mr. Aamir Khan; Chairperson PSX, Dr. Shamshad Akhtar; MD & CEO PSX, Mr Farrukh H. Khan; Board Members PSX; CEO Pak Agro Packaging Limited, Mr. Khalid Butt; CEO AKD Securities Ltd., Mr Farid Alam; and senior management of the participating organisations including PSX, SECP, Pak Agro Packaging Limited and AKD Securities Limited (Advisor to the Issue). The GEM Board is a listing platform created to facilitate growth enterprises whether small, medium or greenfield businesses for their capital raising needs. The Adviser to the PM on Finance & Revenue, Mr. Shaukat Tarin, hailing the inclusion of the first company on the GEM Board, congratulated the SECP, PSX and Pak Agro Packaging Limited teams for working tirelessly to convert the dream of GEM Board and its very first listing a reality. The MD PSX, Mr Farrukh Khan congratulating Pak Agro Packaging Ltd. as the first listing on the GEM Board of PSX said that Pakistan Stock Exchange has been working diligently to facilitate the SME sector of Pakistan in meeting their financial needs through the capital markets. He thanked the SECP and the Ministry of Finance for their guidance and support in this effort and expressed his confidence that the GEM Board will become an important source of capital for Pakistan’s SME sector.​ 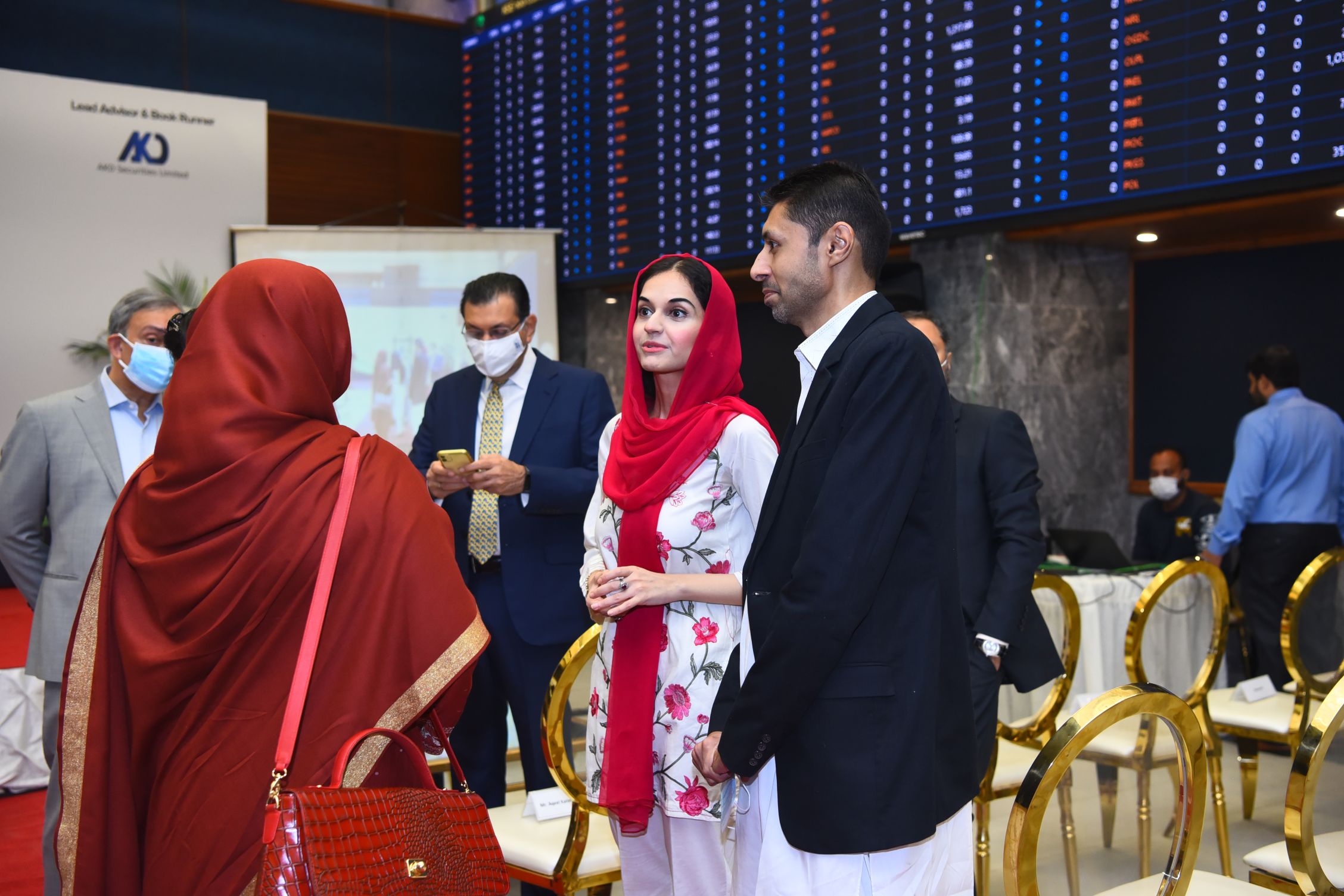 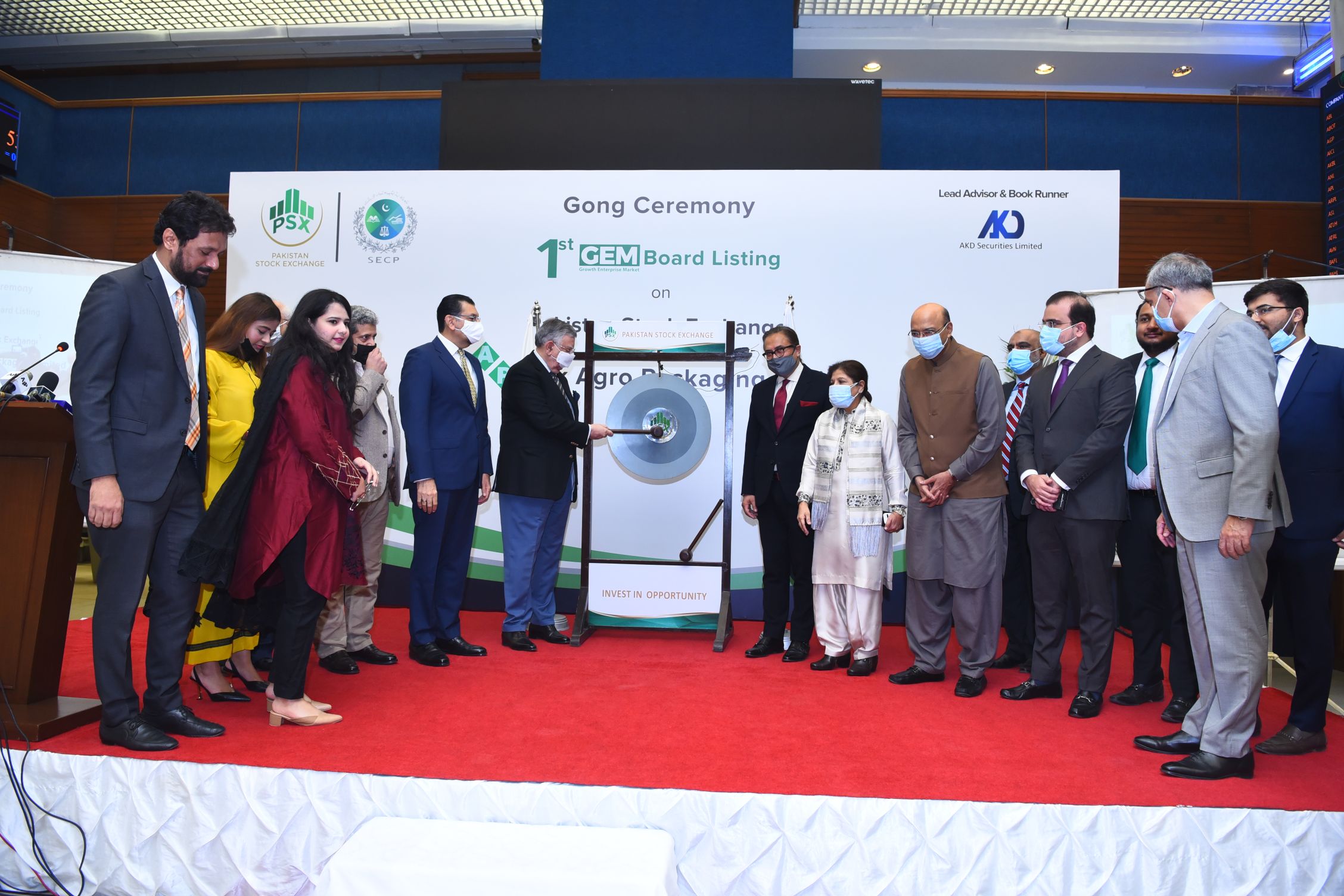 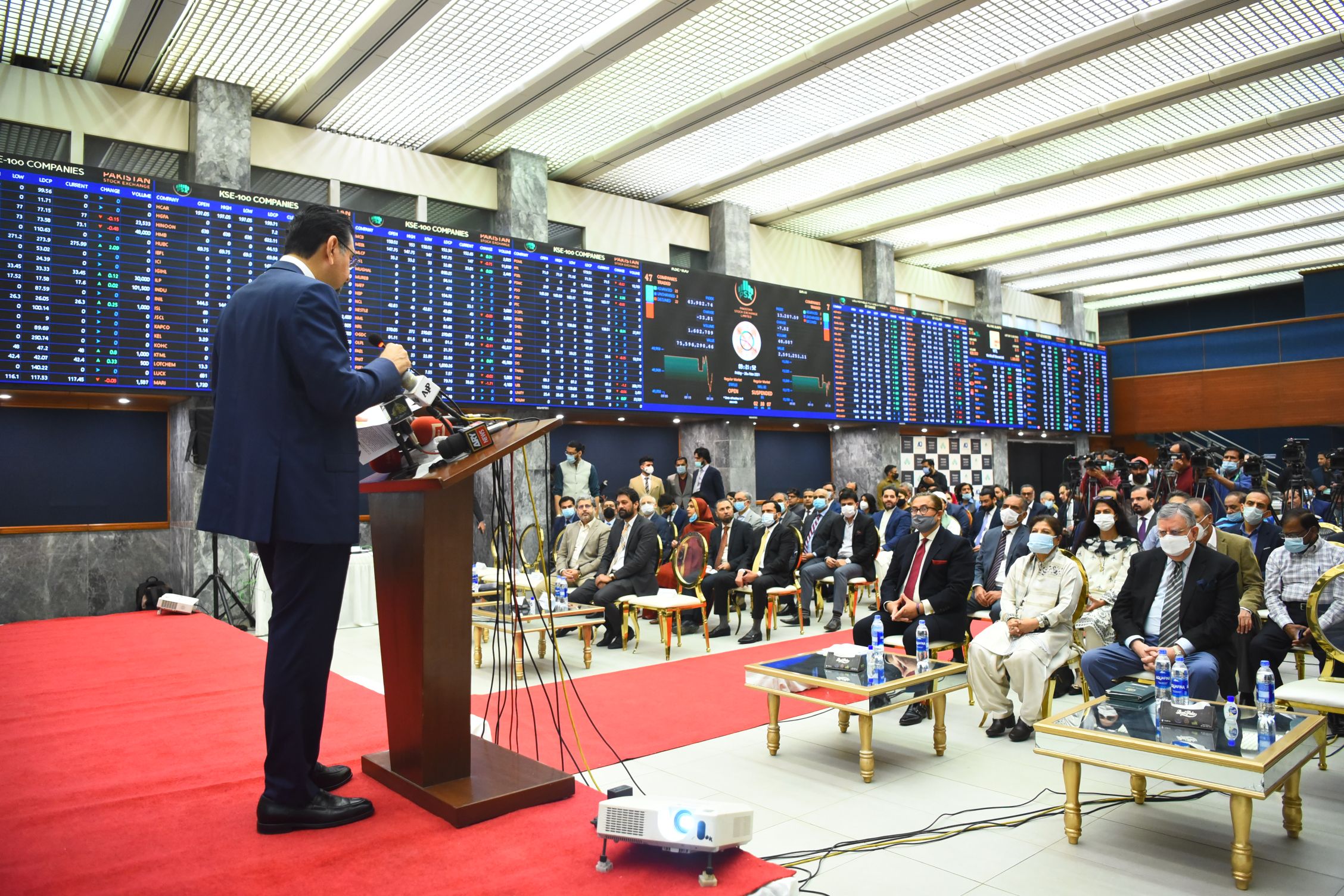 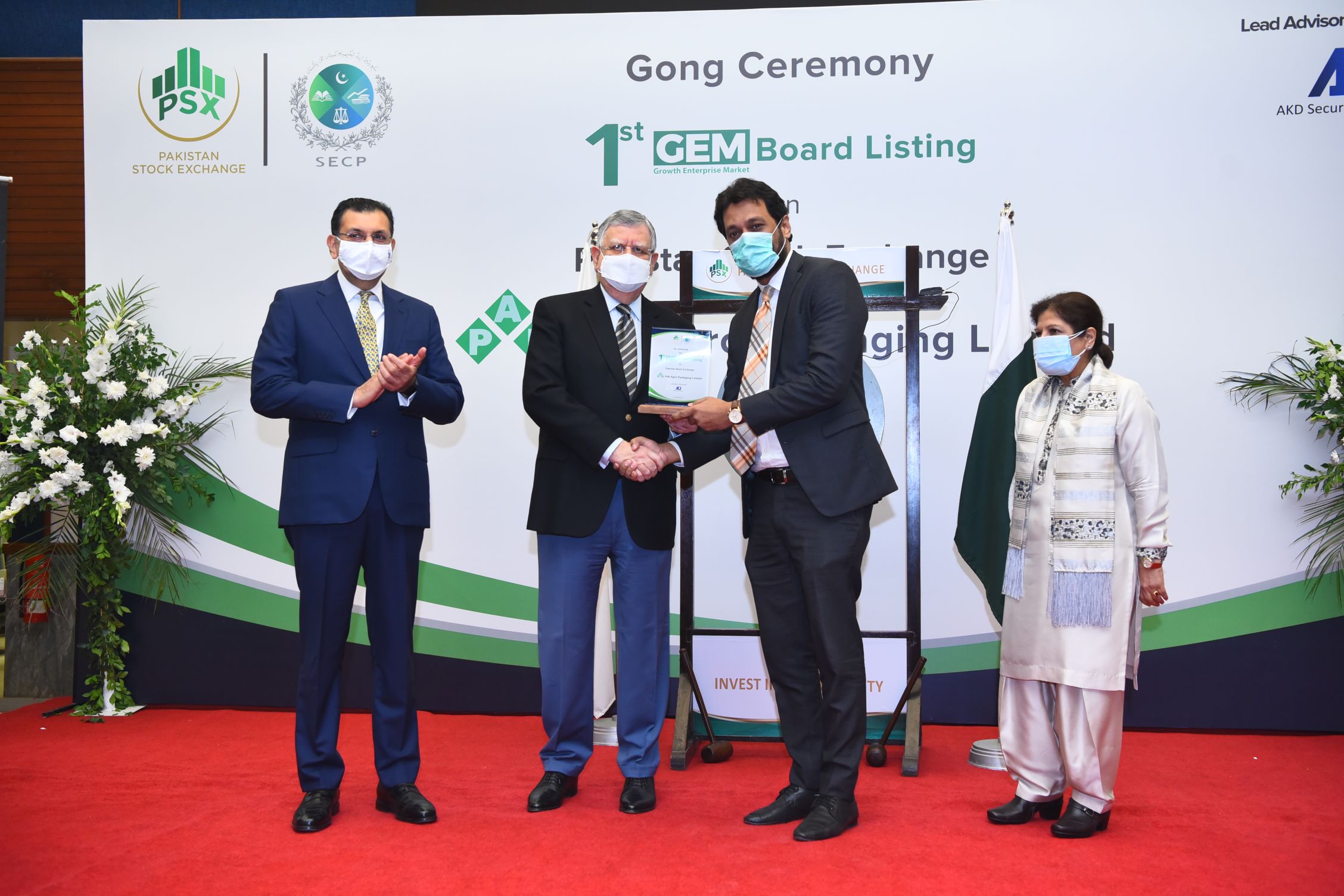