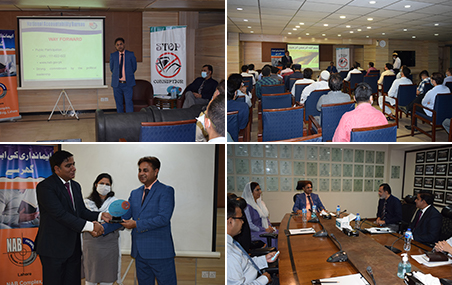 The National Accountability Bureau (NAB) held a session for TREC Holders/ brokers of PSX on the theme of anti-corruption and character building at Pakistan Stock Exchange (PSX). The session was opened with a welcome speech by PSX Regional Head, Lahore. Director NAB, Mr. Hasnain, elaborated on the functions and operations of NAB and highlighted the different types of white collar crimes occurring in Pakistan. He explained the measures that NAB is taking to bring back hard-earned money of the public which was sent off to foreign lands by different powerful personalities of Pakistan. Mr. Hasnain also spoke about the International Corruption Index wherein Pakistan stands at 124th position out of 180. He mentioned that in the period between 2012 to 2020, Pakistan’s position improved by four points on the Corruption Index. In the interactive session between the PSX brokers and the NAB officials, several questions were raised and answers were discussed. The brokers and investors gathered at the session inquired about the status of cases of pre-integration defaulted brokers. To this query, the NAB officials responded that in most cases, refunds had already been made. 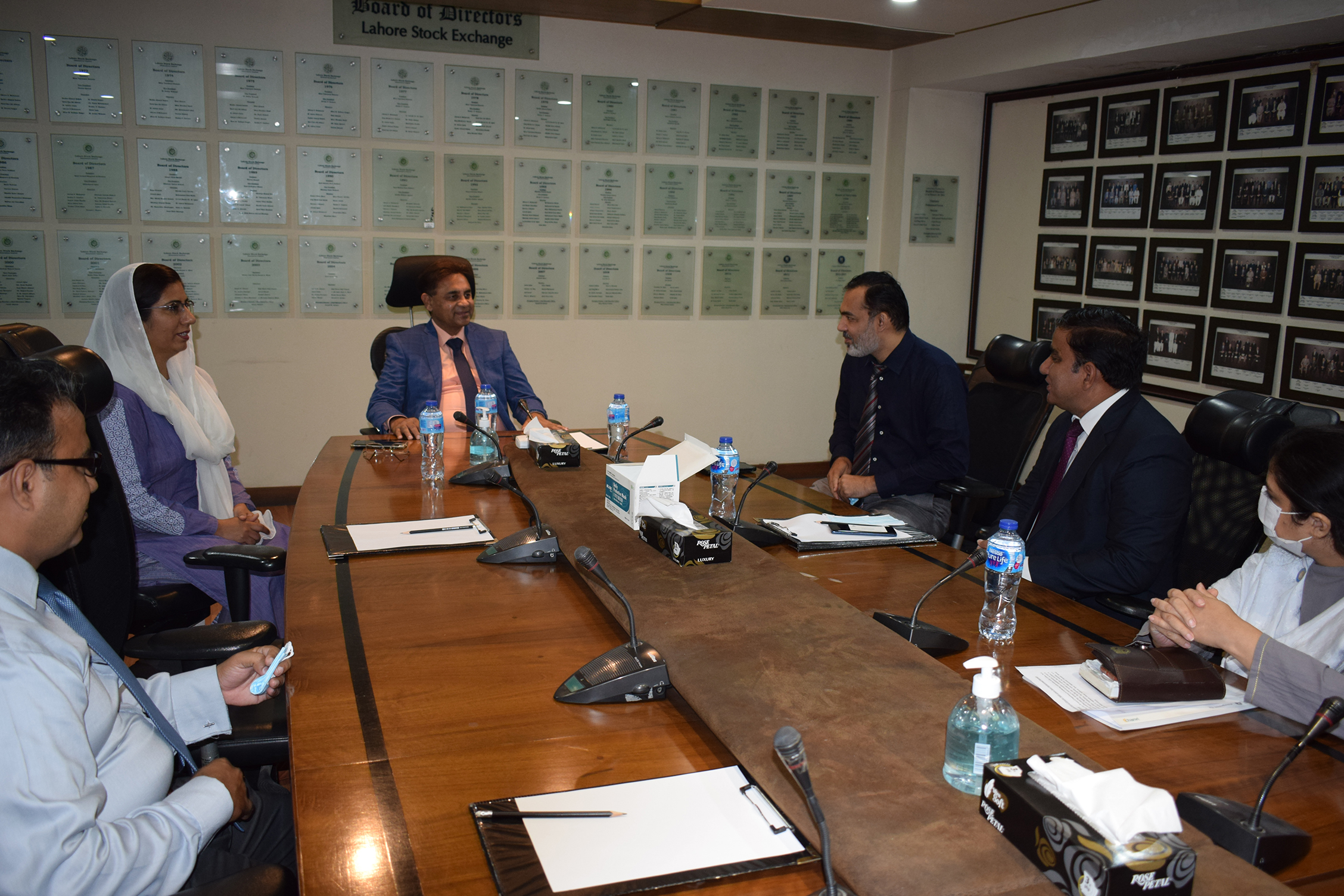 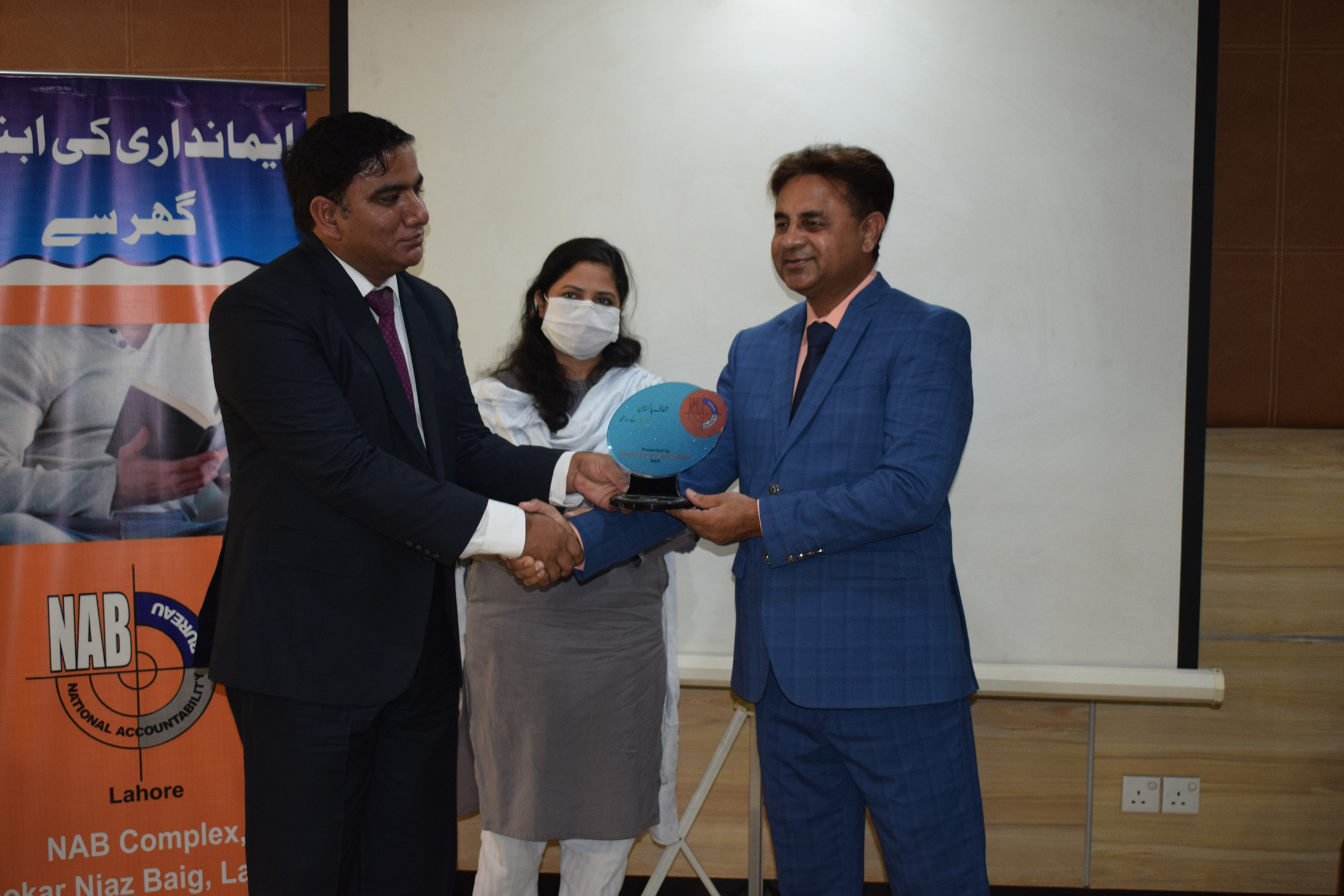