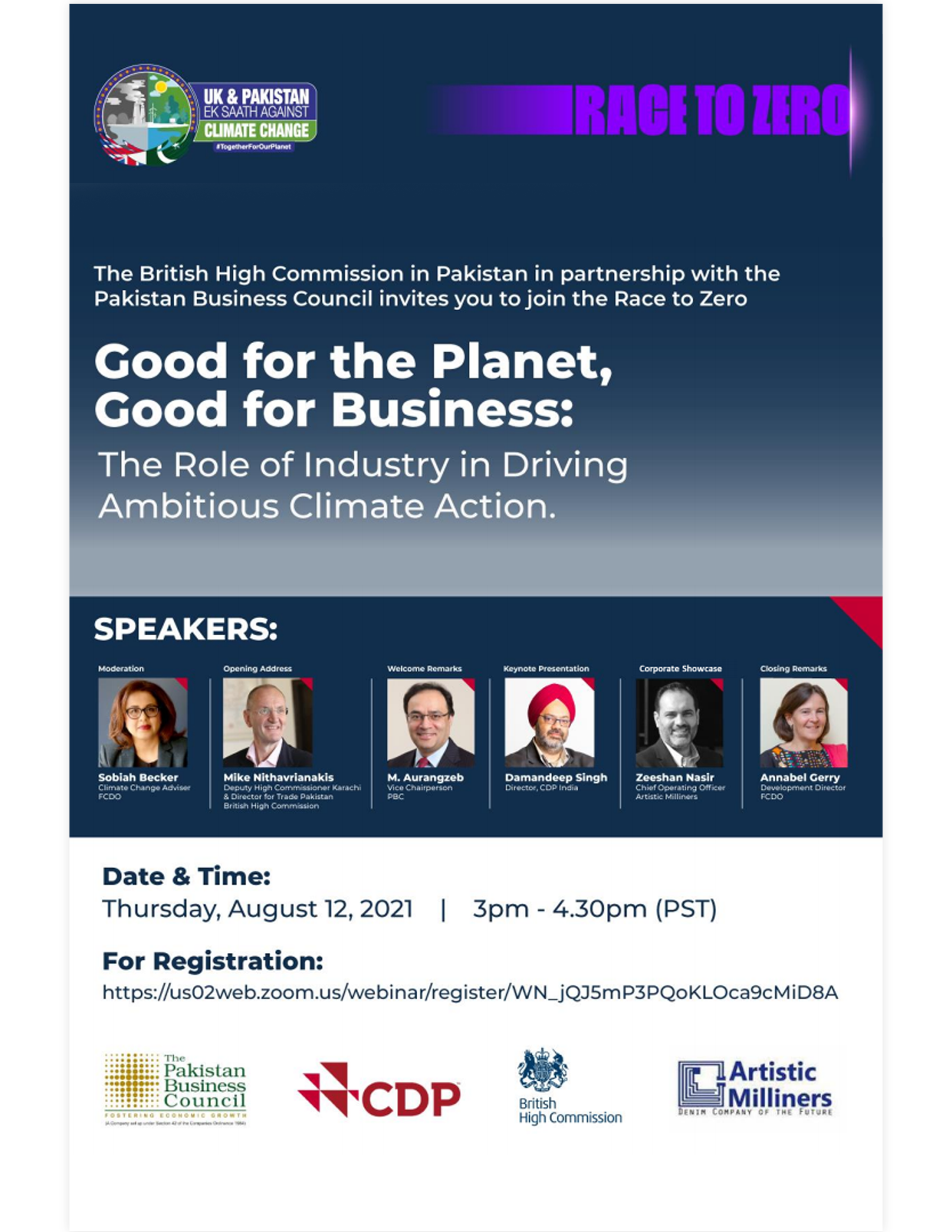 In an age of heightened climate and consumer consciousness, joining the Race to Zero sends the strongest signal to the Government, markets, supply chains, and consumers that Pakistani businesses are committed to the clean, green transition. On August 12, 2021, the British High Commission in Pakistan and the Pakistan Business Council will formally launch the Race to Zero by inviting Pakistani industries to set ambitious net zero targets and take action to reduce emissions and build resilience.

Businesses see the large and growing market of low carbon goods and services, which they want to be a part of; they see that the low carbon option often reduces their costs – solar and wind power is now cheaper than new coal or gas power in two thirds of the world – and increases energy security, as it is produced domestically. They see that reducing emissions contributes to mitigating the risks of runaway climate change. By taking the Race to Zero pledge all members commit to the same overarching goal: halving global emissions by 2030 and achieving net zero emissions by 2050 at the very latest.

At the first in a series of webinars related to various aspects of the Race to Zero, the Carbon Disclosure Project (CDP) will share insights on the importance of low-carbon growth strategies for businesses. Artistic Milliners will share why they sustainability is at the core of their operations and why they have decided to join the Race.